Animator and media artist Rose Bond has been honored with numerous awards and fellowships from such prestigious agencies as the American Film Institute, The Princess Grace Foundation, Bloomberg L.P., and the National Endowment for the Arts. In 2013 Bond presented her animated installation Intra Muros on the Media Façade of the Museum of Contemporary Art in Zagreb Croatia. She is currently working on a proposed media installation for the Smithsonian’s Arts and Industries Building.

Bond has created large-scale, site-specific installations for a number of locations, including Broadsided! at Exeter Castle in England (2010) and Gates of Light at the Museum at Eldridge Street in New York’s Lower East Side (2004). Her multi-channel installation, Intra Muros, premiered at Director’s Invitation in the 2007 Platform Animation Festival and has been mounted internationally in the Utrecht City Hall during the Holland Animation Film Festival in 2008 and the 2011 Nuit Blanche in Toronto. Bond’s composite animation, Memoria Mortalis, was screened in competition at Sundance 2001 and toured nationally with the Ann Arbor Experimental Film Winners. Her hand-drawn (direct animation) films are held in the Film Collection of the Museum of Modern Art in New York City.

Bond has served on many panels including the Selection Jury for the first animated installation competition in the inaugural Platform International Animation Festival. She received her MFA in Experimental Filmmaking from the School of the Art Institute of Chicago in 1990. Canadian by birth, Bond lives and works in Portland, Oregon where she is Chair of the Animated Arts department and the Institute Director for Boundary Crossings at Pacific Northwest College of Art. 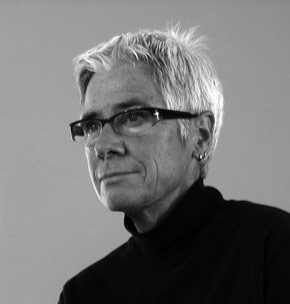